How to Find the North Star: 3 Easy Steps to Locate It Using the Big Dipper

It’s a clear night and the sky is lit up with a full moon and bright twinkling stars. You step outside and shift your gaze up; there’s the Little Dipper! Could that group of three stars be Orion’s Belt? Ah, look! It’s the Big Dipper!

How incredible is it that though these stars are so far away, they shine so much light?

When studying astronomy, the night sky becomes a fantastic learning opportunity. Whether you’re using a telescope, binoculars, or just the naked eye, the stars and all of their glory put on a true display of beauty. 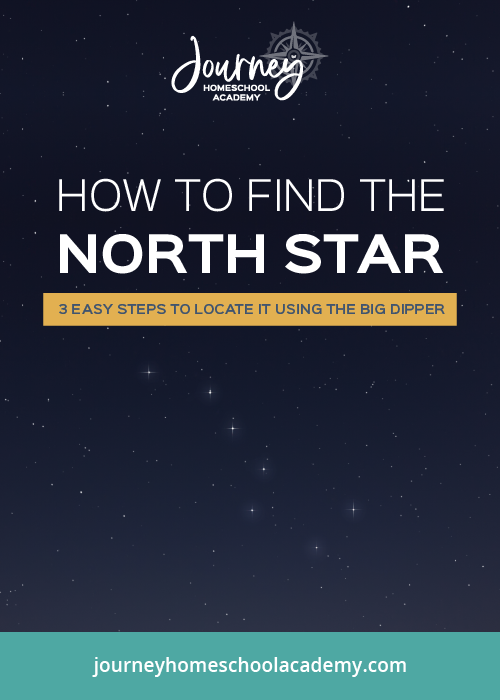 Finding popular star patterns and constellations is often an easy task, but what about searching for individual stars? The North Star, also known as Polaris, is so much more than just a bright light in the sky but finding it may seem daunting. Did you know that you can use the Big Dipper to find the North Star?

Before I tell you just how to do this, let’s talk about the history of the North Star and why it’s so important to teach in homeschool astronomy.

What Is the North Star? 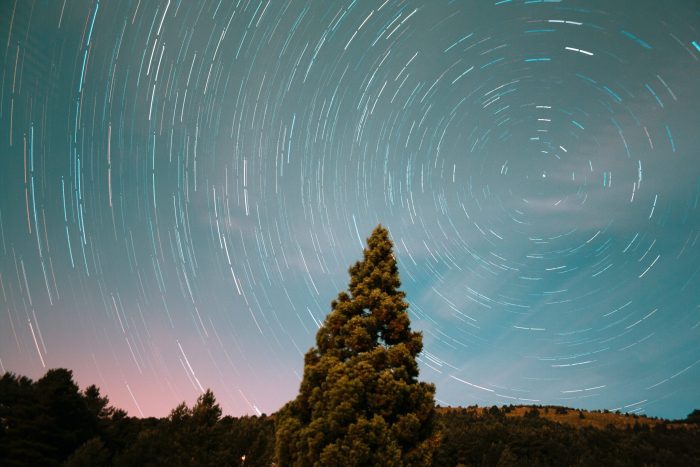 The North Star (Polaris) was first charted by the astronomer Claudius Ptolemy in 169 A.D.  But, amid all the stars in the universe, what makes the Polaris so special? Well, long before smartphones and GPS systems guided us to our destinations, travelers (especially sailors) often used the sun, moon, and stars as directional devices. Unlike other stars that shift in the sky as the earth rotates, Polaris stays stationary as a part of the Little Dipper.

Rich Schuler, a professor at the University of Missouri-St. Louis, describes this phenomenon: “As the earth rotates on its axis (once every 24 hours), the stars in the northern sky appear to revolve around the NCP [North Celestial Pole]. Polaris lies roughly one-half degree from the NCP, so this particular star appears to remain stationary hour after hour and night after night” (The Scientific American).

This makes the North Star the perfect travel guide because it never shifts direction!

How to Find the North Star 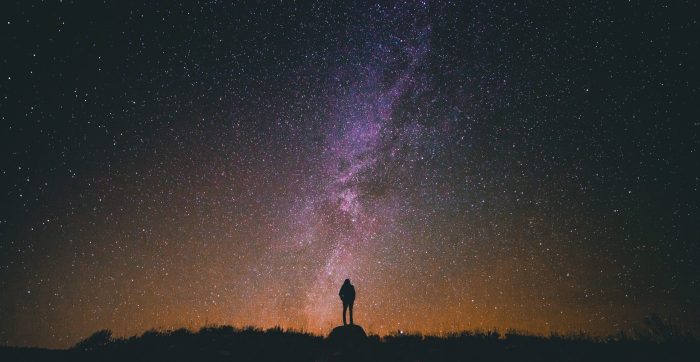 Note: You can only see the North Star if you live in the Northern Hemisphere (the half of the earth north of the equator)! For people living in the Southern Hemisphere, there is a “South Star,” but it’s quite dim and not nearly as geographically significant. 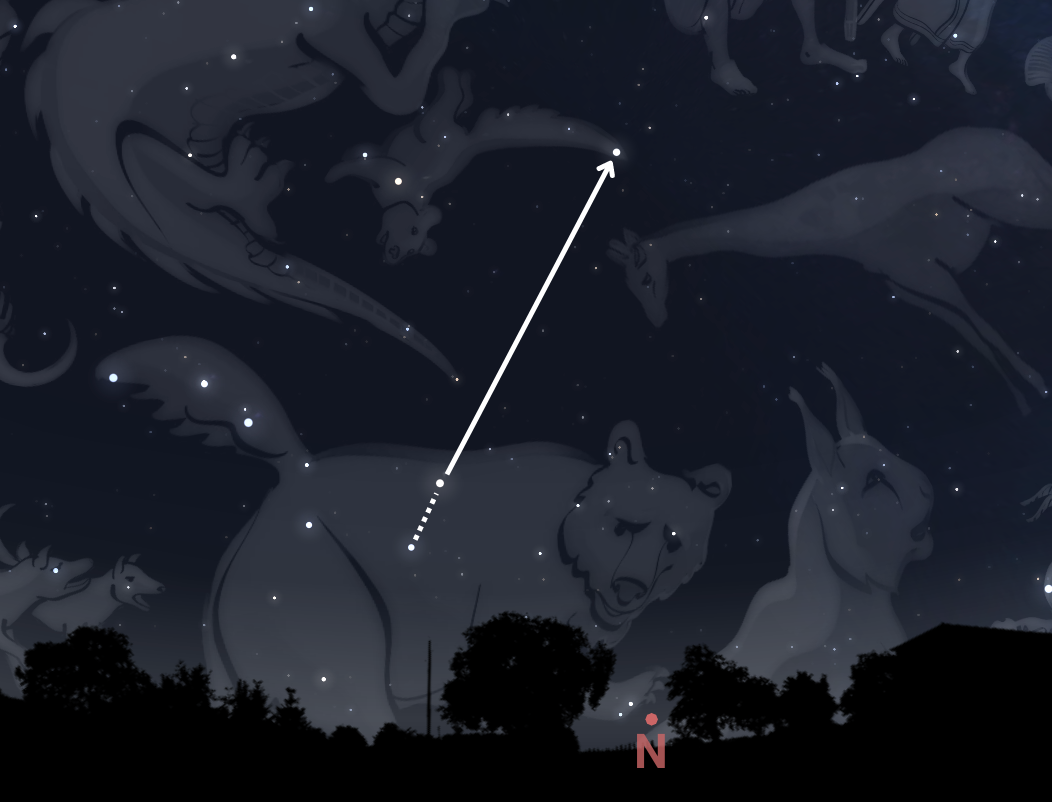 With the night sky as your canvas, lay on your back (this can be in the backyard, on your deck, or wherever you have the best view!) and look straight up. If it’s spring or summer, the Big Dipper should be easy to spot high in the sky. In the cooler seasons, it will shift a bit closer to the horizon.

Okay, so now that you’ve found the Big Dipper…

2. Draw an Imaginary Line to the Little Dipper

With your eyes on the Big Dipper, focus on the two outer stars of the bowl of the dipper. If you use your finger to draw an imaginary line between these two “Pointer” stars, the line will point up in the direction of the Little Dipper. Due to its rather dim stars, the Little Dipper can sometimes be difficult to see clearly, so using the Big Dipper will help tremendously!

Similar to the Big Dipper, the Little Dipper is part of the constellation Ursa Minor (The Little Bear)!

3. Use the Little Dipper to Locate Polaris

And there you have it! Three easy steps and you’ve just found the North Star. Feel free to pull out your binoculars or telescope for an even closer look.

Other Common Questions About the North Star

So, you’ve got your eyes trained to find the North Star, but what else is there to know about it? Here are a few common questions that curious minds (including kids) ask! 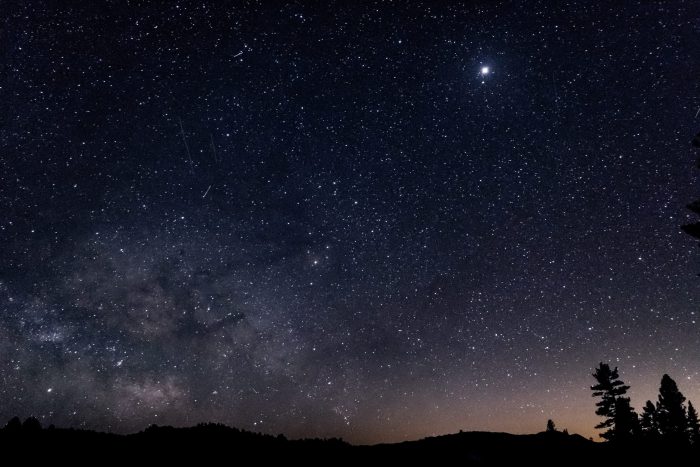 Is the North Star always north?

In short, yes. Geographically, the North Star is in the direction of the north. However, this won’t be the case forever, nor has it been this way forever! Over 5,000 years ago, the ancient Egyptians used a different star to find the north!

Astronomers have studied the effect that the earth’s axis rotation has on Polaris, and there will be a day when it is no longer the North Star. But until that day, Polaris will continue to be the well-known and loved North Star.

Can the North Star be seen from anywhere?

Polaris can only be seen in the Northern Hemisphere – that is, the half of the earth above the equator. Those living in the Southern Hemisphere will not be able to see the North Star, no matter what the weather is!

How far away is the North Star?

The North Star is estimated to be 323 light years away from Earth, although this number has changed before. To give you an idea of just how many miles this is, just know that one light year is equivalent to six trillion miles. Do the math and you’ll see that Polaris is SO far away! 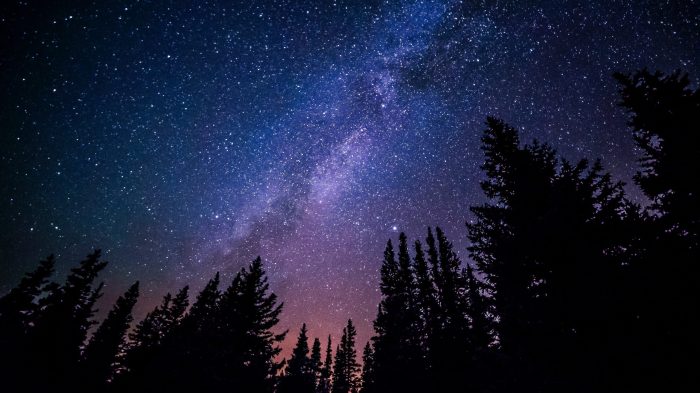 Why is the North Star so bright?

This was a bit of a trick question because compared to other stars in the sky, Polaris isn’t even close to being the brightest! However, it IS brighter than the sun, but because it is so far away, it looks much dimmer than the sun. It’s also interesting to note that the brightness of the North Star varies over time. Astronomers are constantly studying this star and documenting when it dims or brightens.

How big is the North Star?

Believe it or not, the North Star is almost 50 times bigger than the sun! It has an estimated diameter of 44 million miles. The earth’s diameter is just under 8,000 miles; that means that Polaris is 5,500 times larger than Earth! It’s safe to say that the North Star is BIG.

Why was the North Star first named Polaris?

Polaris is short for Stella Polaris, which is Latin for “pole star.” It is named after a pole star because of its alignment to the central axis of the earth. The North Star does not move, while other stars seem to circle it, similar to the centrality of a pole put in the ground. 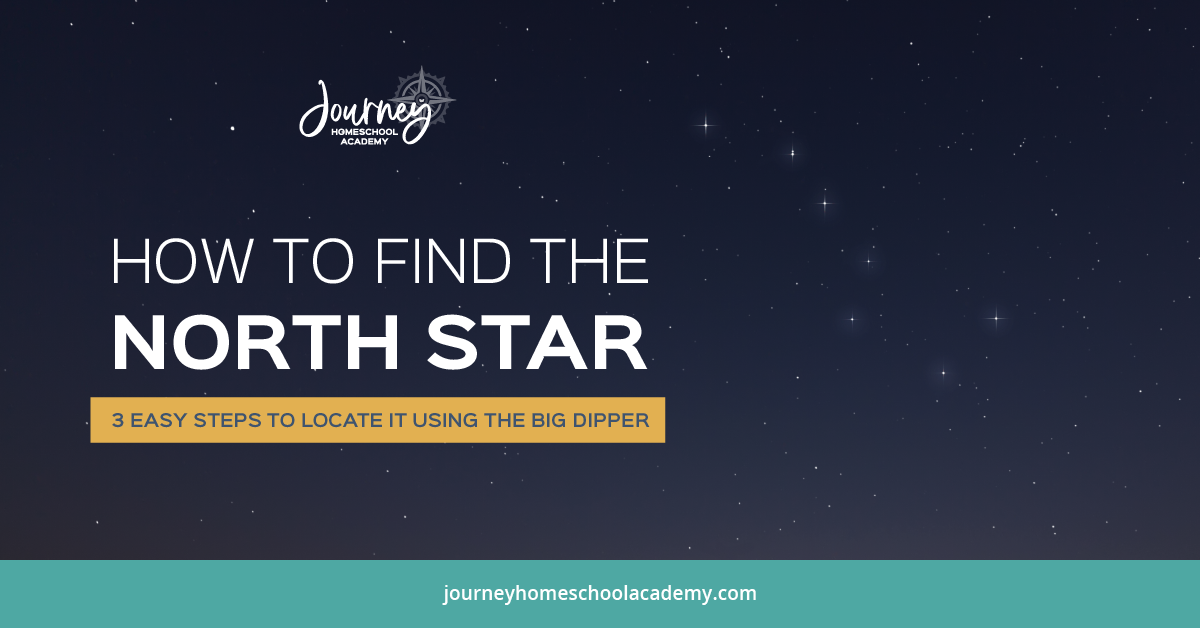 Astronomy Doesn’t Have to Be Complicated

See, that wasn’t too difficult! So often we think of astronomy as this complex and precise subject. While it definitely did take a LOT of work for astronomers to learn about the universe, the work has been done so you don’t have to! Teaching homeschool astronomy can truly be as simple as it is to find the North Star, and Journey Homeschool Academy is here to help!

Experience Astronomy is our homeschool astronomy curriculum for elementary, middle, and high school students. These online courses incorporate hands-on activities, video instruction, and independent learning to make homeschooling engaging and feasible for both the teacher (you!) and the student(s).

Our multi-faceted teaching approach was designed so that even elementary-age homeschoolers can understand just what’s going on in the night sky and the impact that the solar system has on our Earth. You won’t even need to ask where the North Star is located; your student will be able to tell you!