Laelaps and the Teumessian Fox: The Myth of Canis Major and Canis Minor

A streak of red carried along swift, silent paws rushed across the field, followed closely by the pounding of massive limbs across the dry, cracked ground. The great dog was just closing in on its target, only inches away from its bushy tail, when once again the fox quickened its pace and sped on faster than before, its paws skimming the ground.

Laelaps was on the hunt. 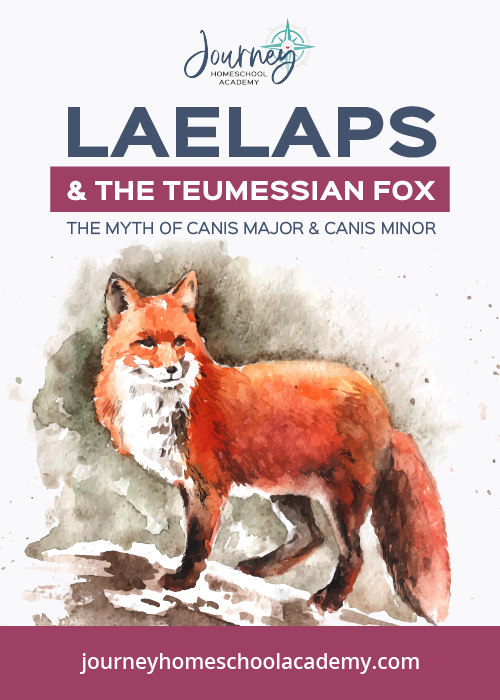 But Laelaps was no regular dog, and his prey was no regular fox, either. You see, Laelaps was formed by the gods of ancient Greece with the ability to always catch whatever he hunted and chased. But his rival, the Teumessian fox, also had a unique skill: he could always evade his hunter. Now, at that time, this sly creature was tormenting the people of a city named Thebes, attacking its children. The petrified citizens would offer monthly sacrifices of a child to the fox, hoping to pacify this furious beast and prevent further deaths. And because of his special power and added craftiness, no one could get rid of him.

When the gods looked down from Mount Olympus and saw the havoc the Teumessian fox was wreaking among their people, they sent for Laelaps, directing him to hunt down the fox and kill him. The agile hound had quickly caught the musky scent of his prey. Racing across empty fields and darting through dry, crackling thickets, Laelaps reached the edge of the Thebes. But the alert fox had sensed the approach of his hunter and had darted away from the city. Laelaps paused, sniffed the air, and set off again at a smooth gallop, this time towards the dry plains which the fox had bolted for. Yet in every step, the fox outsmarted the hound; whenever Laelaps was just about to pounce on him, the Teumessian fox whisked just out of reach.

The chase continued on for hours, yet neither hunter nor hunted could overcome this destined paradox.

Finally, Zeus looked down from his golden throne and realized that the pursuit was useless and would continue on forever until one of them ran himself to death. So he stretched out his hand and struck the sprinting creatures. And from two living, breathing, moving animals with rich, glossy coats and powerful muscles there remained only cold, dark, and motionless statues of stone. Never were there more life-like figures, however; it was almost as though you could see every strand of hair along the fox’s back, and the alert eyes of the hound almost seemed to glisten.

Then Zeus took the figures and flung them into the heavens. 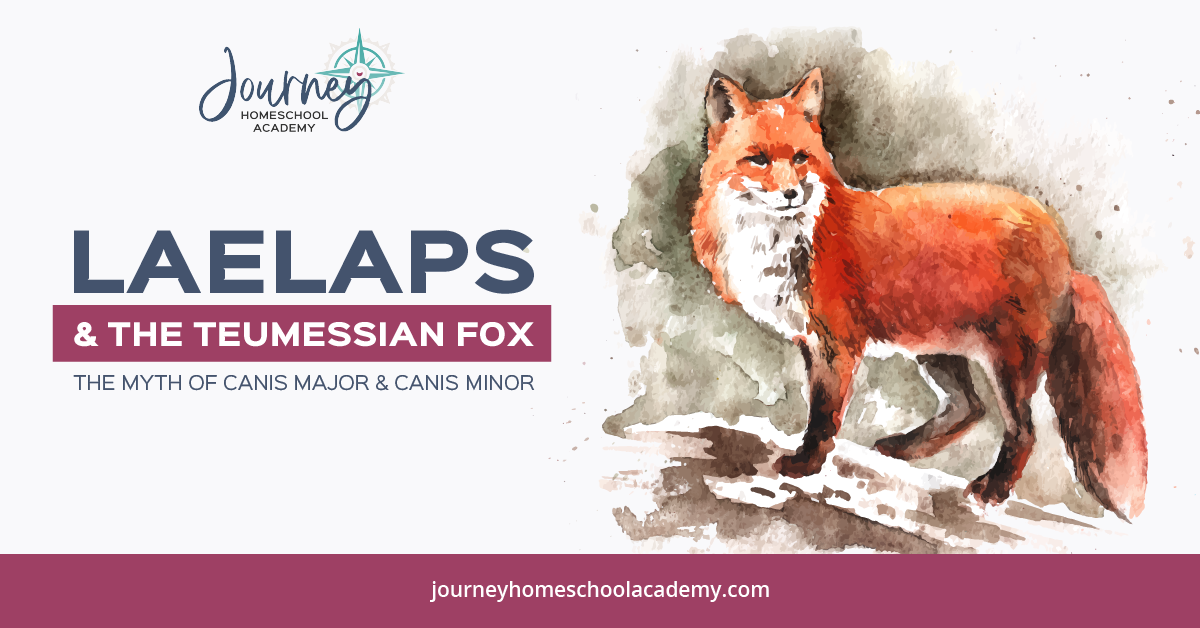 They swept through the sky until they settled near Orion, the great hunter: Laelaps at his feet, like the loyal hound that he was, the Teumessian fox under Gemini, farther north.

Nowadays, these constellations are remembered as Canis Major and Canis Minor, and they continue to shine down on us today.

This article is by Sophie, age 14, an Experience Astronomy student from Kinnegad, Ireland.