10 Exciting Astronomy Videos to Use in Your Homeschool Curriculum

Using videos in your homeschool curriculum can make a huge difference when it comes to keeping your kids engaged, which is so important when it comes to science! Here I’m sharing my 10 favorite astronomy videos that will get your students excited to learn. 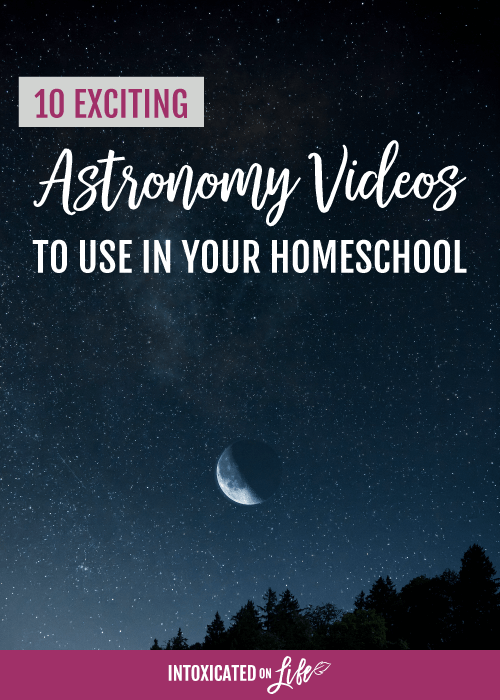 I love astronomy—and as a homeschooling dad, I love getting my kids excited about astronomy, too. I’ve taught astronomy to kids in our local homeschool co-op at all different grade levels, and I’ve taught over a thousand kids astronomy in my online courses.

Under each astronomy video, I’ve put a quiz question. Watch these videos with your kids and see if they know the answers to the questions! (Answers are at the bottom of the article.)

Astronomy Video #1: How do you find north?

As the earth rotates on its axis, the stars appear to move through the sky throughout the night. But there’s one star in the northern hemisphere that doesn’t appear to move. Below is a video that explains what the “north star” is—and why it always hasn’t been the north star.

Quiz Question 1: What is the North Star’s name and why doesn’t it move in the sky when all the other stars do?

“Aurora” is Latin for “sunrise.” Over both Northern and Southern magnetic poles, these mysterious light displays have inspired people for centuries. These videos explain what causes them.

The moon Titan has liquid methane lakes—the only object in the solar system, other than Earth, where liquid lakes are confirmed to exist. This one, called “Ontario Lacus” (Lake Ontario), was observed by the NASA spacecraft Cassini.

Quiz Question 3: Titan is the largest moon of what planet?

Video #4: How many stars can you see in the sky?

Just how many stars could you count in the sky? That depends on what you mean by “stars.” As far as individual stars go, you could count thousands if you didn’t use any telescopes. But there are far more up there than that?

Quiz Question 4: How many individual stars could we count in the sky around the whole world?

The sun is about 400 times bigger than the moon, but the moon is 400 times closer to the earth than the sun is, meaning they appear about the same size in the sky. At times the moon will line up with the disk of the sun in the sky, resulting in a total solar eclipse.

Quiz Question 5: True or false? A solar eclipse can only happen during a New Moon.

In July 1994, the world watched as a comet, Shoemaker-Levy 9, broke into many pieces and crashed into the planet Jupiter. The impacts of each piece could be seen from telescopes on Earth.

Quiz Question 6: What would happen if a small comet like Shoemaker-Levi 9 hit the earth?

This is a fun astronomy video about an elementary school class that sent a teddy bear into space using a weather balloon.

Quiz Question 7: How high up can a high altitude weather balloon go into near space?

Video #8: The Solar System to Scale

Quiz Question 8: If the earth was the size of a marble, how many miles of space would you need to build a model of the solar system to scale?

Video #9: What do Jesus and the planet Venus have in common?

In Revelation 22:16 is the last thing Jesus says about himself in the whole Bible. Oddly, his statement has to do with the planet Venus. What gives?

Quiz Question 9: Why is Venus sometimes called the “morning star”?

This astronomy video is by far one of my kid’s favorite videos. It shows the relative sizes of planets, the sun, and other stars in our galaxy. 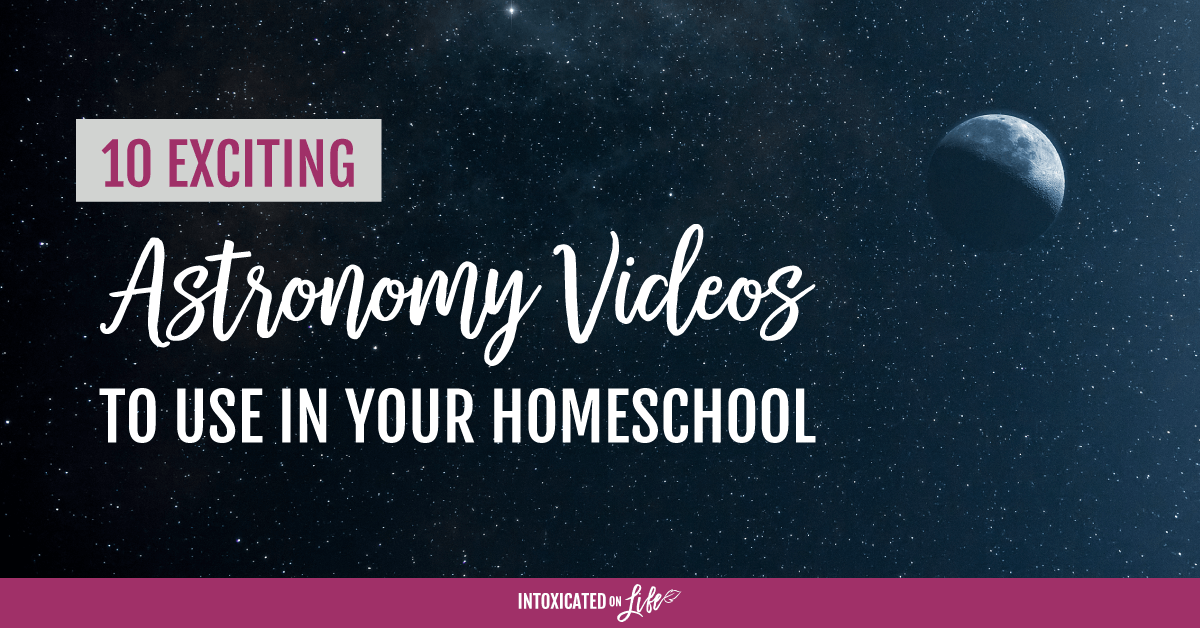 1. The North Star is called Polaris. It doesn’t move because our North Pole points right at it. (Picture standing under an umbrella, spinning it around. The center of the umbrella won’t appear to turn.)

2. Auroras are caused by plasma from a solar storm leaving the sun and coming to Earth. While our planet’s magnetic field deflects most of the storm, gases enter the atmosphere over the earth’s poles to create beautiful light displays in the sky.

3. Titan is the largest moon of Saturn. It is larger than even the planet Mercury.

5. True. A New Moon is the phase of the moon where the lit up side of the moon is facing away from the earth.

6. A comet would destroy all or nearly all life on the planet.

7. A high altitude weather balloon can go up into space about 30 km (about 18.6 miles). In order to get up to the Kármán line, the commonly accepted boundary line between the earth’s atmosphere and outer space, we need to go up about 100 km (62 miles).

8. If the Earth was the size of a marble, you would need a circle 7 miles in diameter to fit all 8 planets going around the sun.

9. Venus is often called the “morning star” because, for about 263 days at a time, Venus rises in the morning before the sun rises.

If your child loves learning about the stars, they will love Experience Astronomy.

Best yet: I do all the teaching for you through fun, engaging online Astronomy videos and hands-on activities.