The Hunted: A Native Story of Ursa Major

The Great Bear ran as fast as he could, he felt as though his heart would burst from within him. The hunters were not far behind.

The woods seemed to get smaller and smaller as he ran. He could feel the foam from his mouth dripping down his long gaping jaw. He had been running all Spring and Summer, and was getting very tired. He had done all he could to sway his hunters, but to no avail. His hunters were the fiercest alive: Robin, Chickadee, and Moosebird. 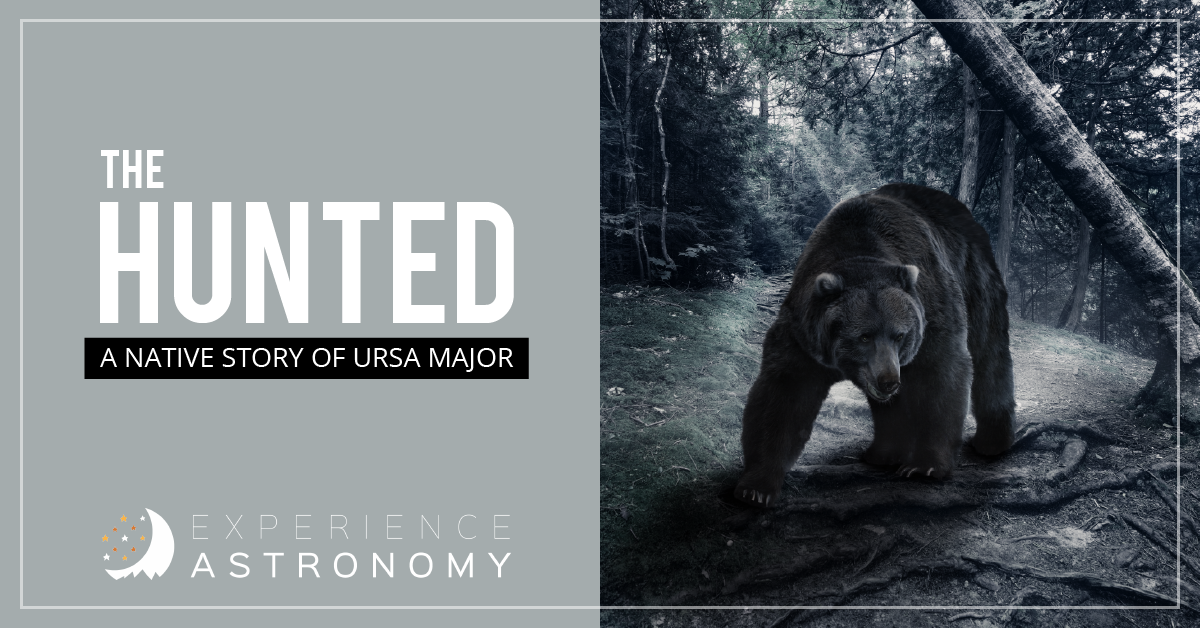 These three hunters were determined to catch their prey yet again, for every year it seemed they couldn’t fail, and would attain that which they sought!

With his fear gripping him as a mother grips its newborn child, the Great Bear ran on with all the strength he could muster. Fall was approaching—and so were the hunters.

He had just rounded a corner and was bounding up a hill. Robin drew his bow and took aim, pausing a moment to let his nerves calm, and to let his arrow align with the heart of the Bear. Then as the whole world seemed suspended and frozen, Robin loosed his arrow with a smile of pleasure.

The instrument of death rang true to the heart of the beast, and with a crash that silenced the entire forest, the helpless victim fell to the ground, defeated. The arrow had left a large wound in the now dead animal, and as the Robin flew up to examine his catch, some blood fell from the end of the arrow staining his chest. (This, of course, explains why robins have a red spot on their breast.)

Robin, annoyed with this, began to fly about and flick the blood from his chest. In doing so some of the blood began to land on the leaves of the nearby trees, making them all kinds of beautiful, but sad, red and orange colors. (This explains how and why the trees change color in the fall.) It is as though the trees are mourning the loss of their beloved friend the Great Bear. Thus, with the help of his own blood, they begin to mourn the loss of their old friend.

Robin, Chickadee and Moosebird, however, began to cook the bear in the large iron pot that the Chickadee had been carrying. Hence they began to feast on the bear. The food they ate lasted them all winter long, until spring began to dawn. At that time a new bear would arise and they would continue to chase him year after year, in the same way that the constellation of Ursa Major would continually rise and fall in the night sky, always trying to escape the light of day. 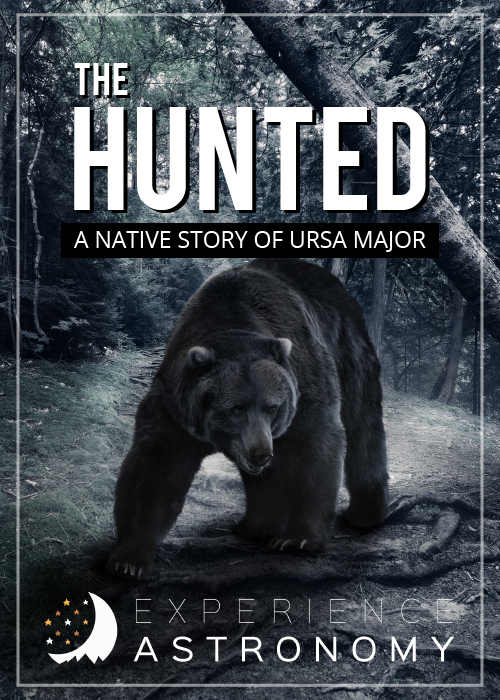 This story is by Berend, 18, an Experience Astronomy student from Middle Amana, IA.