The Downfall of the Mighty Hunter Orion

So, you wish to know my story—how I became artwork in the night sky, my stars recognizable for generations to come? Make yourself comfortable, my friend, this tale has been spun for millennia. 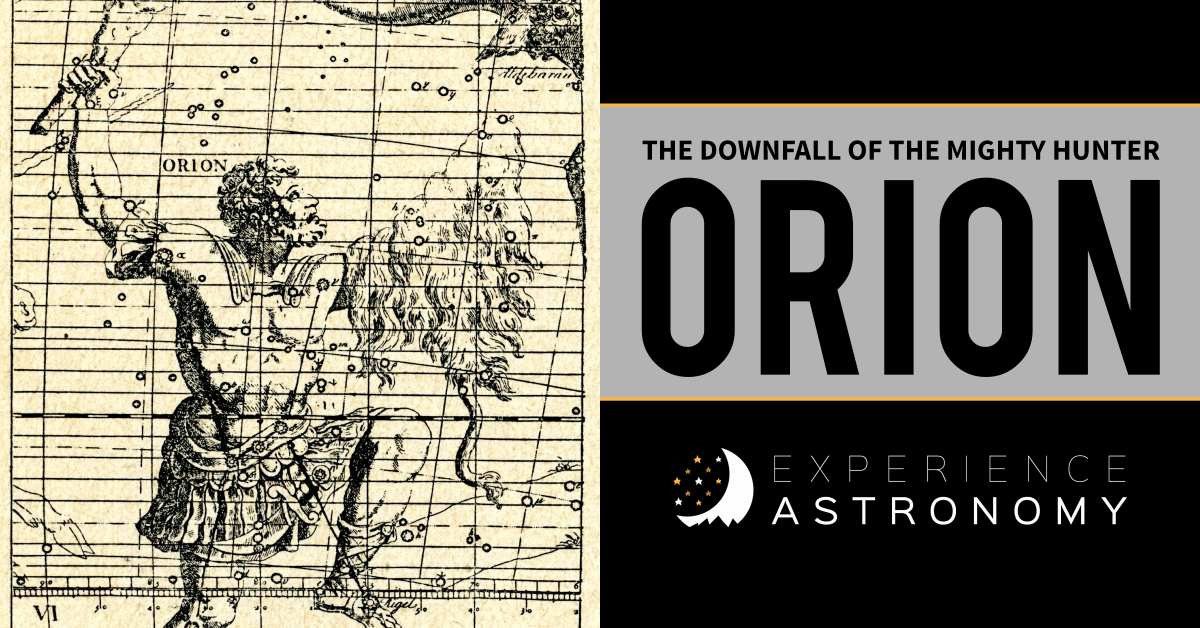 I was a strong lad, gifted with the spear and bow. My profession of choice was that of a hunter. I became great, and my name was known throughout the land as a man who could not miss a shot. I hunted many creatures, from the lowly fox to the mighty lion. After a feast with my friends, I made a drunken boast that I could kill every animal in this world.

It was not until much later that I would come to regret this grandiloquence.

I became so renowned throughout the land I was hired by the king Oenopion to rid the island of Chios of great beasts that terrorized the inhabitants. I arrived on the island at dawn, barely awake from a late night of reveling in my past successes, when I heard a screech—not recognizable as any creature I had hunted before. A hideous stench permeated the air, my apprehension and delight growing with every step I took, my bow drawn in anticipation.

I came across a small open space, the grass matted down from a large animal’s thrashing. There was a tuft of fur caught on a stub of a tree branch from a black bear. “Black Bear?” I thought to myself. “Surely the villagers must be afraid of something more than this.”

No sooner had I thought this than I heard a rustle behind me. In the blink of an eye I turned with my bow ready. Ready to end this chase. Ready to finalize this tyrant’s fate. Ready to collect my reward. I released the string, aiming at the yellow spot I could only assume was the creature’s eye. The arrow stuck, and I heard the screech of the beast, and suddenly, it disappeared. I followed the trail of blood it left behind. Without warning, I found myself in an open clearing confronting the beast. 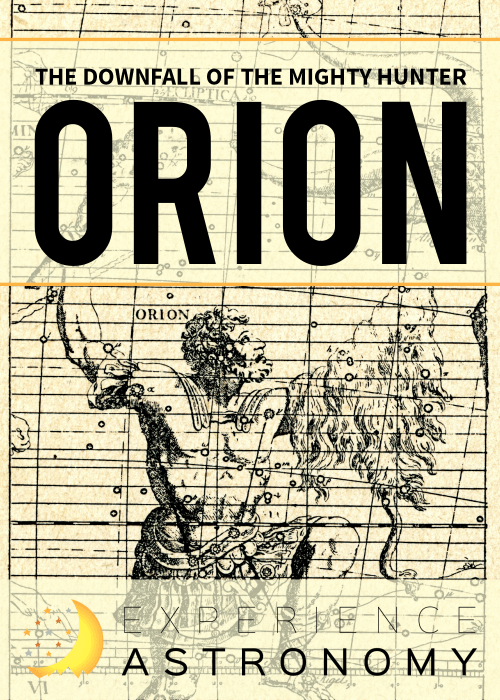 The creature was enormous, a scorpion with claws the height of a man, a body longer than a horse, with the tail curling forward at increasing speed. Though my instincts were sharpened from years of hunting, I could not evade the stinger’s strike. The next four hours were of no consequence, for, there is no cure for this beast’s poison. The gods took pity on me, however, and placed me in the sky, bow drawn, about to be overtaken by the scorpion.

It was not until I reached the sky that I stumbled upon the truth. The bet with my friends had angered the goddess of nature, Gaia. It was Gaia who had loosed the scorpion, Gaia who orchestrated my death, Gaia who caused the demise of the mighty hunter, Orion.

This article was written by Peter, 15, an Experience Astronomy student from Huntsburg, Ohio.