How to Make a Volcano for Kids (With Printable!)

If there’s one thing we know about science for kids, it’s that explosions, chemical reactions, and volcanic eruptions are very well-loved. Kids go crazy for science experiments, especially those that involve a little mess and hands-on learning.

If you’re teaching earth science to your elementary student, you’re probably wondering how you can make a homeschool volcano lesson educational. Teaching your child how to make a paper mache volcano is fun, but it veers more toward the art side of learning. 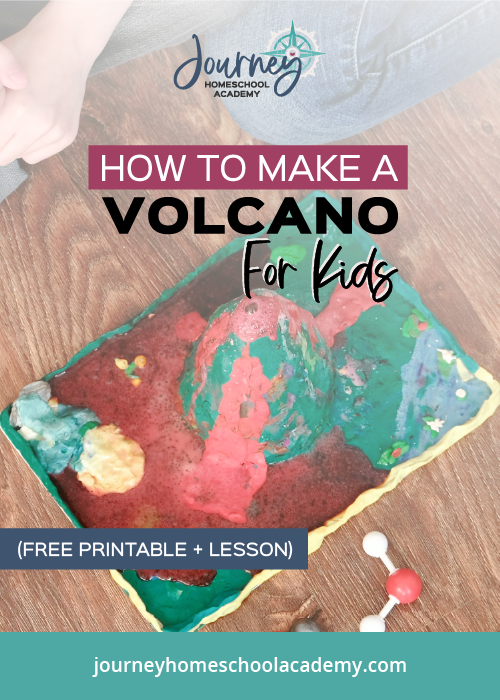 We have realized the need for a homeschool volcano lesson that is both fun and full of earth science concepts. Let’s learn a little bit more about earth science and how to make a homemade volcano for kids!

The Science Behind Volcanic Eruptions

While the eruption itself might be the coolest part about volcanoes, there’s SO much that happens behind the scenes to make that happen. We give all the credit to the bright orange lava, but the science behind what makes a volcano erupt is truly incredible! And the effect that each eruption has on the volcano’s structure is equally fascinating.

So let’s first step back and first understand how volcanoes are formed in the first place! The outer layer of the earth is broken into tectonic plates. Although we rarely “feel” these plates move, they are frequently shifting. When two adjacent plates shift, a volcano can be formed.

Three Ways a Volcano Is Formed 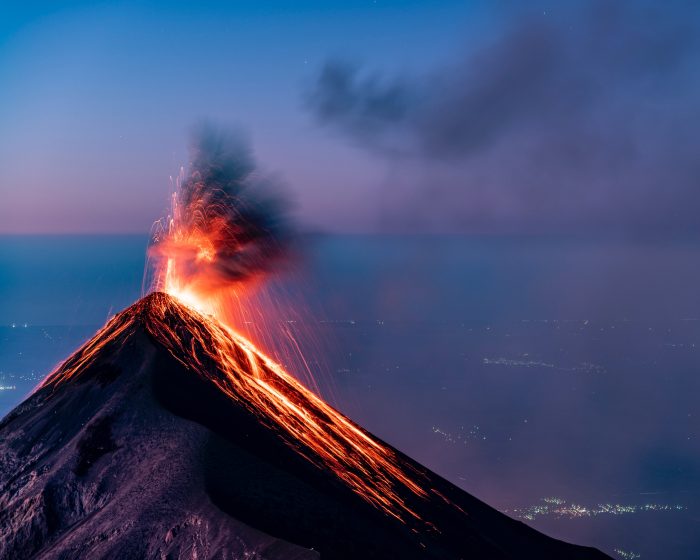 There are three ways that a volcano is formed from the shifting of two tectonic plates. Constructive plate boundary volcanoes are the result of tectonic plates moving away from each other. This creates a “gap” in the earth’s crust, which makes room for hot magma to flow up toward the earth’s surface.

In contrast to constructive plates, destructive plate boundary volcanoes are created when two tectonic plates move toward each other. When an oceanic plate slides under another oceanic plate or a continental plate, the sinking plate heats up and releases water. Water reduces the melting temp of the mantle, which eventually is released as magma above the earth’s surface.

Last but not least, hot-spot volcanoes form due to hotter-than-normal magma that melts and thins the earth’s crust, resulting in widespread volcanic activity. Hot spots have only been identified in 40-50 places around the world, one of which is at Yellowstone National Park!

How to Make a Volcano for Kids 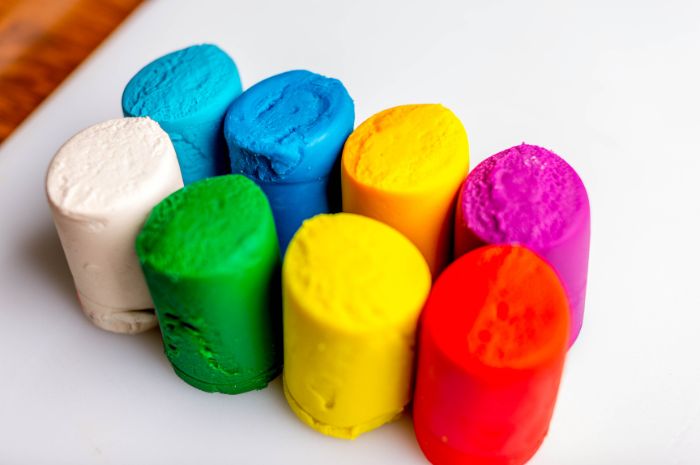 It would be easy to just throw down some instructions for how to make a baking soda volcano – you know, the chemical reaction kind with white vinegar, dish soap, and baking soda? While we definitely encourage this as a fun supplemental experiment, we do believe that it’s important for your elementary student to also understand the layering that occurs as volcanoes continue to erupt over time. And, if anything, the classic volcanic eruption experiment is a better activity for chemistry class!

You only need a few supplies for this earth science project:

Using the various colors of playdough, your child will construct a small volcano model (3-4 inches) and then mimic volcanic eruptions using the other playdough colors. Once multiple eruptions have been portrayed, dental floss will be used to “cut open” the volcano to see how volcanoes change over the course of many eruptions. 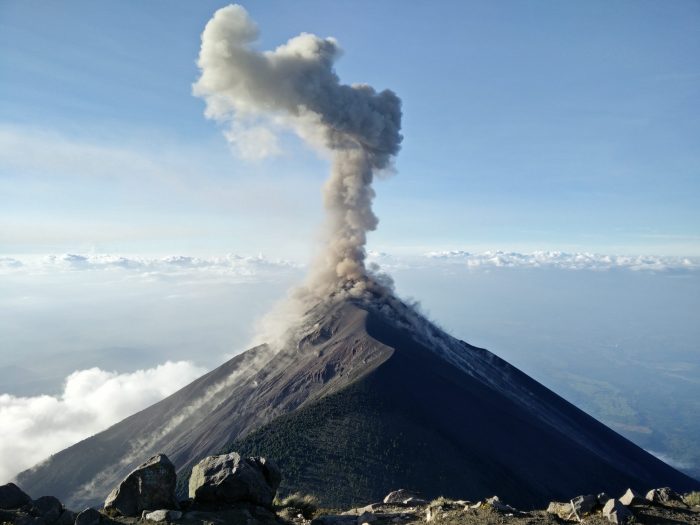 Now that we know how and why volcanoes erupt in the first place, let’s talk briefly about the effects that volcanic eruptions have on Earth. This is a great teaching opportunity after your child has made their play dough volcano.

Although some volcanoes erupt and cause severe damage to human life (tsunamis, ash, devastating lava), volcanoes have played a unique part in forming many landscapes. Each of the islands in Hawaii has at least one volcano, and if more eruptions occur, these islands can actually get bigger!

Ash that expels from a volcanic eruption can be damaging to humans, but it creates incredibly fertile soil. Enriched with plant-friendly elements, volcanic soil is one of the best soils for growing. Hawaii is known for its incredible agriculture due to the abundance of volcanic soil.

Free Lesson & Printable on How to Make a Volcano with Kids!

To grab our lesson on volcanos, add your name and email in the box below. Your students will have a chance to learn all about volcanos and how they change with each eruption. 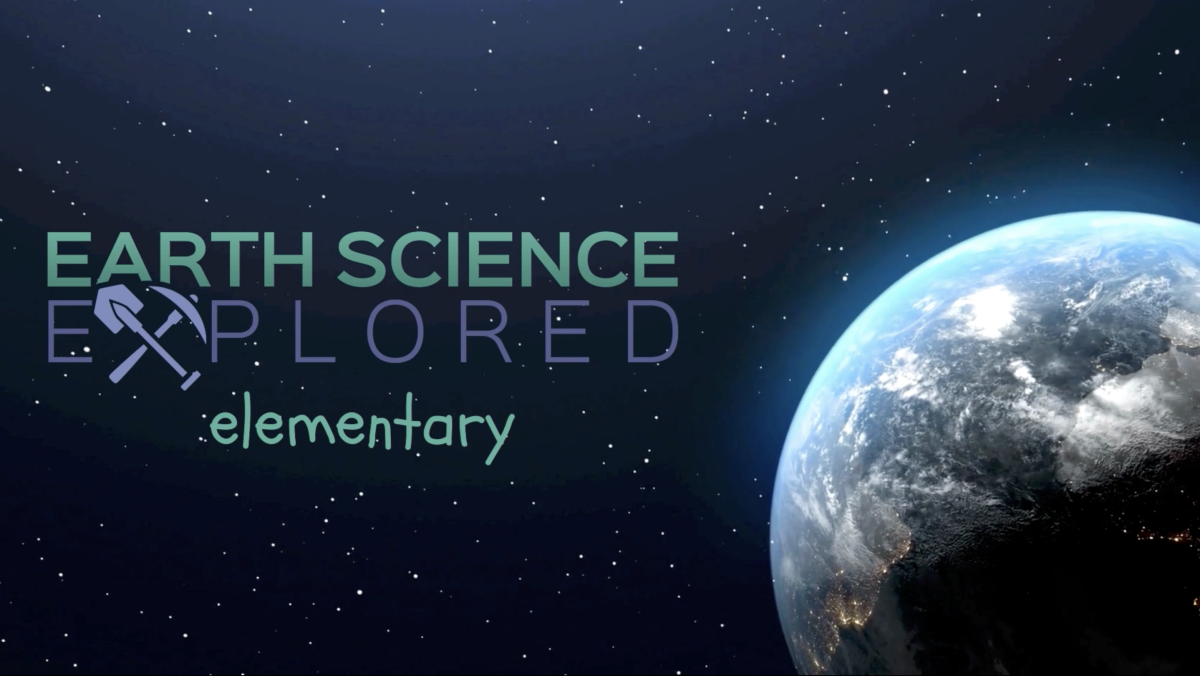 Learning is a serious matter, but we at Journey Homeschool Academy believe that even the most tedious subjects can be engaging and, dare we say… fun? That’s why we include videos and hands-on activities with each lesson. Earth Science Explored includes all of this and more, so check it out today! And, have fun learning how to make a volcano for kids that’s educational and fun! 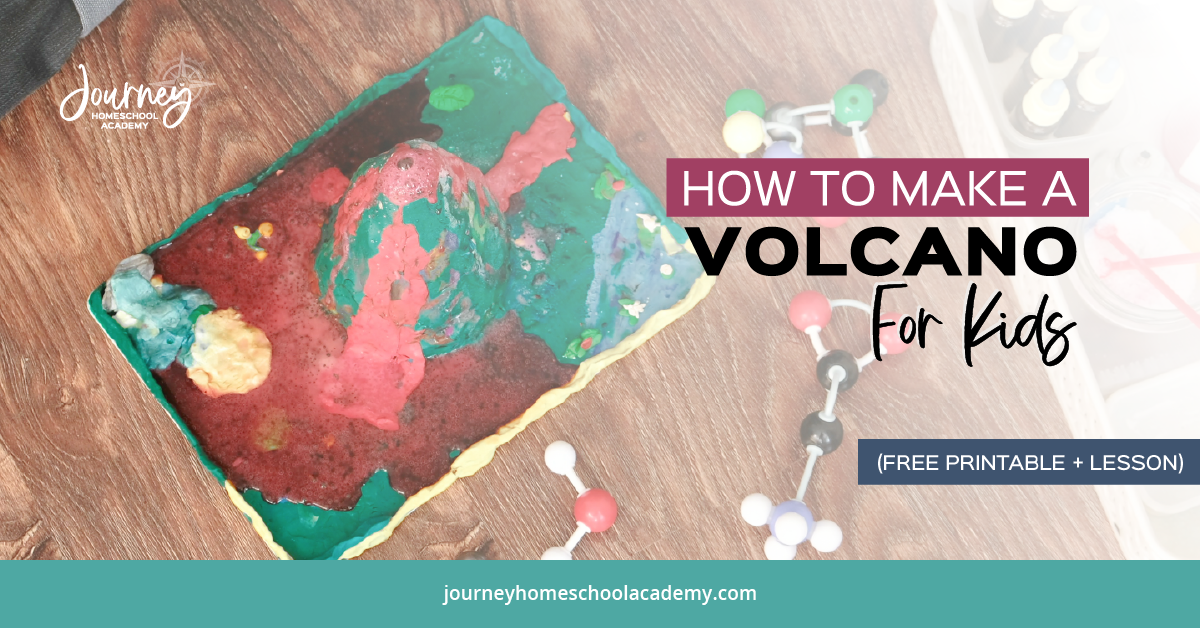