Chiron’s Chivalry: The Legend of Sagittarius

The chase was on! The deer’s white tail flashed as it sprang through the woods from its pursuers. Chiron, Earl of Pelion, ran stealthily through the dense forest. His partners behind, in close pursuit. Finally, the deer slowed, giving Chiron an opportunity to land his arrow.

Pling! The arrow slid through the air. A direct hit.

He had killed his first deer by himself! The hunting expedition had been a success. They trudged back through the woods with the animal until they reached his home. Chiron’s father, Titan Cronus, emerged from inside. He wore a satisfied expression. 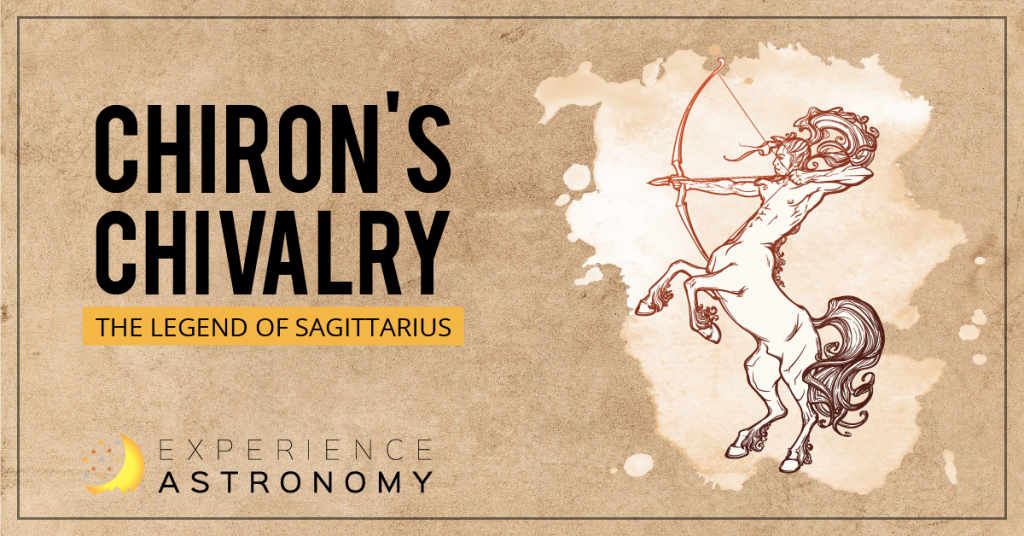 “Well done, Son.” He eyed the deer laying on the ground. “I have decided to give you a gift in honor of your first hunt.” From behind the house, he retrieved a beautiful, lean stallion. Chiron’s eyes widened with shock and pride.

“What will you name him?” his father asked inquisitively. The boy carefully studied the steed.

So it was that the Earl and his steed, Grey, became a pair. They never left each others’ sides. Hunts were now far easier on a horse. Grey was swift and versatile. Subsequently, Chiron became the most renowned hunter in all of Thessaly.

As Chiron grew, he regularly continued to hunt, giving out the leftover meat to those in need. He studied medicine, and became fond of herbs and teas, using them to provide help and aid to anyone who was ill.

One evening, Chiron ventured out into the woods on Grey. As they rode, he peered through the treetops at the stars. Bright and brilliant, he imagined he could hear the crackle of their fires. As he panned the sky, his eyes fell upon the Scorpion. Chiron noticed how near it was to the Virgin, with its tail stretched out to sting her. She was defenseless against its claws.

As Chiron rode back to his house, his mind would not stray from the situation. He thought, “Something must be done to save the Virgin!” While he slept, he dreamt that he concocted an herbal tea that transformed him into the stars to save the Virgin. He rose early the next morning and proceeded to create it.

Not knowing whether it would work, Chiron drew a long breath and guzzled down the hot tea. Slowly, he began to doze off. When he awoke, he spotted them- the Scorpion closing in on the Virgin. With his bow in hand, carefully, he took aim, letting the arrow fly. The arrow struck the Scorpion, stopping it in its path, leaving forever the scales of Chiron’s justice between them!

This is the story of Sagittarius. You can still see the Earl, and his horse, Grey, as one, in the sky today, his teapot reminding us of how Chiron arrived, his bow and arrow in hand, ready to strike the Scorpion! People still drink his Earl Grey tea today, in remembrance of him. 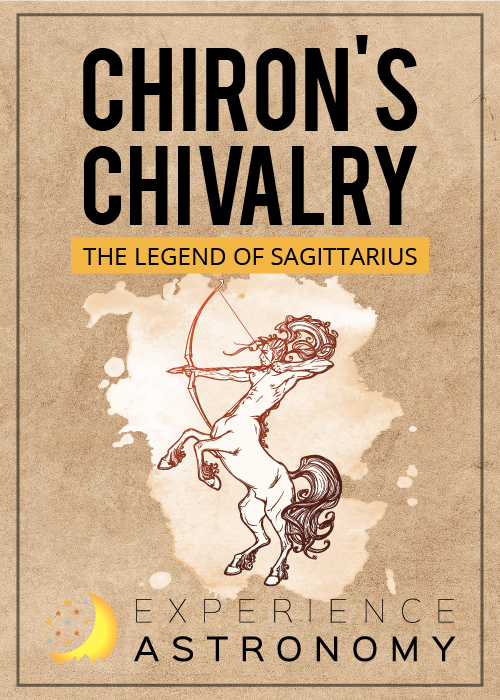 This article is by Ethan Luke, age 15, an Experience Astronomy student from Weyers Cave, Virginia.