Astronomy and the Bible (20+ Passages)

There are many passages in the Bible where an understanding of astronomy is very helpful. Below are some of most important ones. 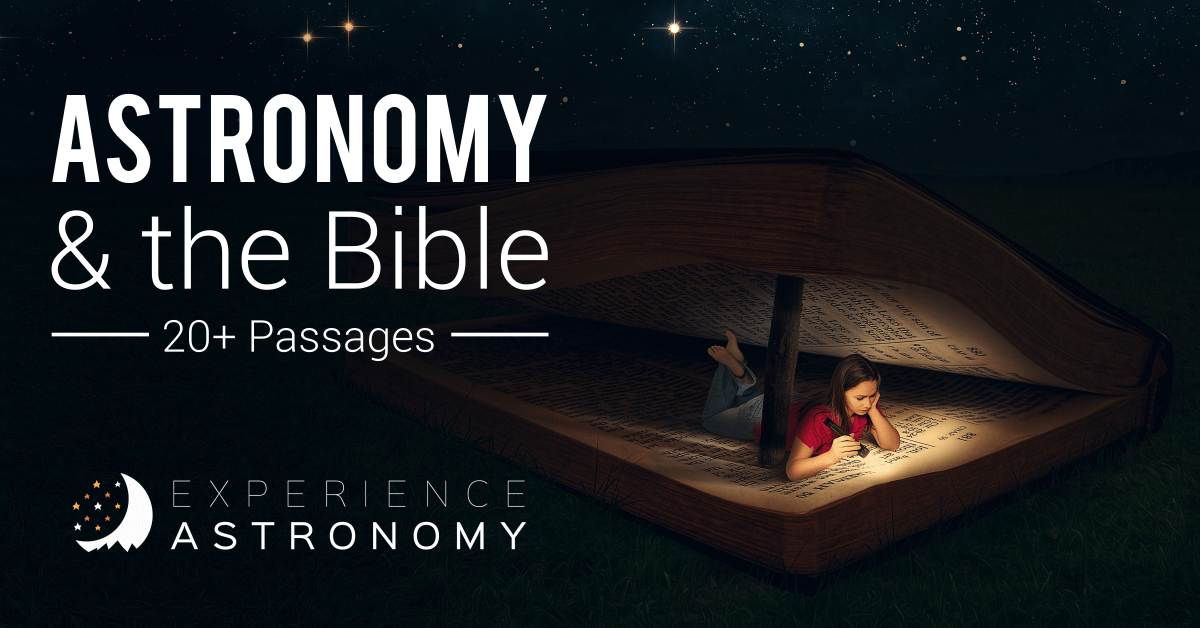 Genesis 1:14-19 – This text is all about the creation of the sun, moon, and stars for the purpose of (1) giving light on the earth, (2) separating day from night, (3) marking the seasons and rhythms of life (like planting, harvesting, and celebrating), (4) marking days and years (making calendars to organize our lives), and (5) creating “signs” in the sky (probably a reference to constellations that help us to navigate and help us mark the different seasons).

Genesis 8:22 – God promises Noah that the cycles of seasons will never cease on the Earth. These cycles are caused by the tilt of the Earth’s axis, which year by year distributes the sun’s heat and light to different hemisphere’s of the Earth.

Genesis 15:5-6 – God mades Abram a great promise that his descendants will number more than all the stars in the sky. There are more than 9,000 stars visible to the naked eye around the globe, not counting the band of the Milky Way which is billions of stars very far away in our galaxy.

Leviticus 23 – This is a catalogue of Israel’s special celebrations and gatherings. The entire Hebrew calendar is “lunisolar”: the moon phases determine when months begin and end and years are calculated based on the rhythms of planting and harvesting. Knowing these sky rhythms helps us to understand the rhythms of the Hebrew calendar.

Joshua 10:12-14 – In a great miracle, God makes the sun and moon stand still in the sky to give Joshua enough daylight to complete the battle against the Amorites.

Job 9:1-12 – Job talks about how God is beyond understanding because of his great power. Among other things, he mentions three of God’s constellations: Orion, the Pleiades, and Ursa Major.

Job 26 – Job talks about how God “hangs the earth on nothing” (Earth is just floating out in space), how He controls when the rain falls, how the clouds move, how the sun rises and sets, how the thunder rolls, and how these phenomena are just the “outskirts” or “fringes” of His ways. Who knows what God has created or done beyond this?

Job 38:31-33 – In God’s rebuke the Job, God names a number of constellation groups, showing how He is the only one who has the wisdom and power to run the universe. God mentions the Pleiades, Orion, Ursa Major, and the Mazzaroth (the Zodiac).

Psalm 8:3-4 – In the psalm David wonders, when he looks at the stars overhead, why such a great and powerful God would be mindful of human beings on the Earth.

Psalm 19:1:1-6 – The psalm celebrates how the heavens “declare the glory of God,” communicating to the whole Earth about God’s greatness. The sun also has a “tent” in the sky, speaking how the sun changes position in the sky against the background stars from month to month.

Psalm 81:3 and 104:19 – In these psalms, the psalmists say God made the moon to mark the seasons—the appointed times of the Hebrew calendar.

Isaiah 38:1-8 – God does a miracle to prove to King Hezekiah that He will heal him of his sickness and save the city from destruction: God would make the shadow on the royal sundial go backwards. 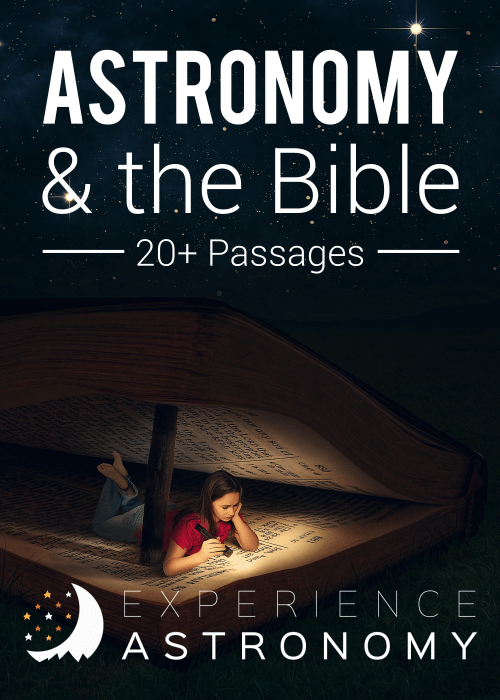 Isaiah 40:25-26 – Amidst God’s comparison of Himself to deaf and dumb idols, He points not only to the futility of idol worship, but He tells Israel to look up at the stars and consider who created them. God alone should be worshipped because He alone is the great Creator of all they see.

Amos 5:1-17 – In this poem foretelling the destruction of Israel, God’s chief demonstrations of His power, proving to Israel that He is able to bring about this calamity, are (1) His ability to make the rain to fall where He wants, (2) His ability to make the sun rise and set, and (3) the creation of the constellations the Pleiades and Orion (v.8).

Amos 5:25-27 – God rebukes the nation of Israel for worshipping the Assyrian gods that were associated with the planet Saturn. For their punishment, God would send them into exile to Assyria.

Matthew 2:1-12 – While scholars are divided on what the Star of Bethlehem actually was, it guided the magi from the East to find the Messiah, and stood as a testimony in the sky that a new King had been born.

Matthew 5:45 – Jesus says it is God who makes the sun to rise and set on both the good and the evil people of the world, therefore we ought to treat our own enemies with kindness.

James 1:17 – God is called the Father of lights (the Creator of heavenly lights like the sun, moon, and stars). Even though these lights are in constant flux—flickering, waxing, waning, changing positions—God is unchangeable. Only an unchanging God could create these changing heavens.

Revelation 22:16 – In some of Jesus’ last words in the Bible, He likens Himself to the planet Venus, the bright morning star that is often visible on the Eastern horizon before sunrise. The dawn of the kingdom of God is coming, and Jesus’ first coming was the “morning star” that preceded it, letting the world know kingdom is about to be consummated.