A Galaxy Apart: The Chinese Legend of Vega and Altair

This is a story of an old Chinese legend about two stars, Altair and Vega, in the constellations Aquila and Lyra. In this legend, two people are joined together in love but separated by the stars. 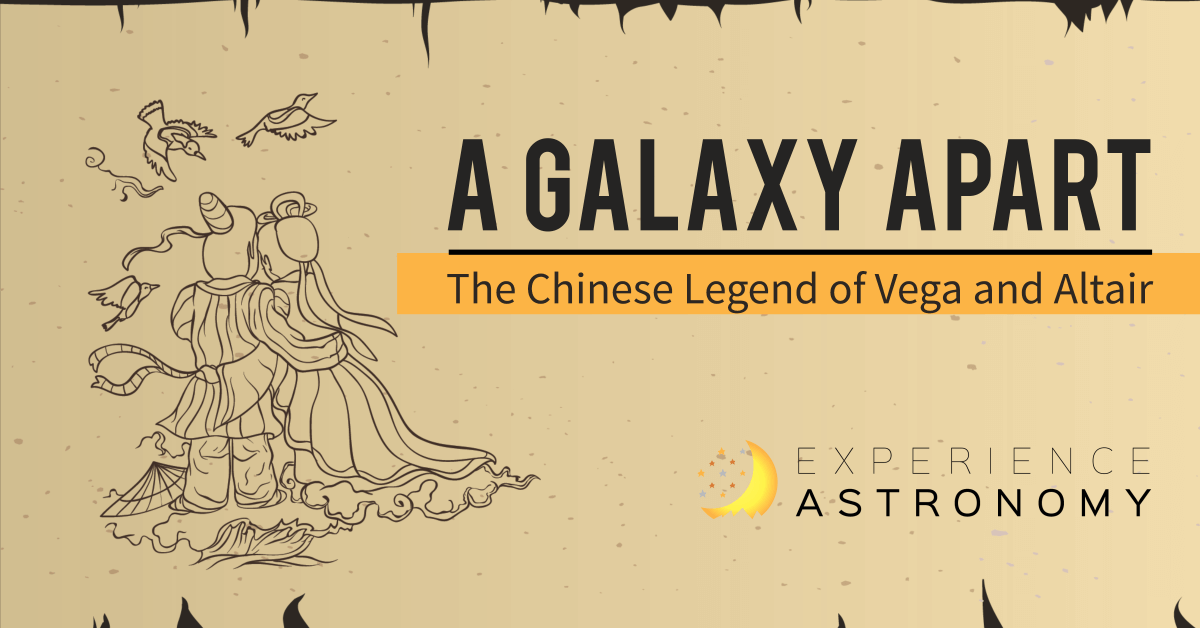 Once there was a man named Altair. He lost his parents at a young age. After their death, his brothers decided to split their father’s property. Altair, being the youngest, got left with nothing except an old bull. Once he was older, Altair separated himself from his brothers, bought a small field and a few cows, and with the aid of his bull, set himself to work.

One Sunday evening, Altair sat down under an oak tree and practiced an old love melody on his flute. All of a sudden, a white dove gracefully swooped down from the sunset painted sky. When the dove landed, it turned into a beautiful young woman.

When Altair saw this, he jumped. “Who are you?” exclaimed Altair!

“I am sorry to have startled you. My name is Vega, princess of the heavenly skies. I heard you playing and had to come down to learn more. Who are you?”

“Altair, the cow herder, you are a beautiful musician! Please play the melody again.”

So Altair did, and every day for two months, Vega would descend from the Heavens at sunrise and ascend right before nightfall since Vega, being a heavenly being, was not allowed to interact with mortals.

One day, Vega’s mother, the Lady of the Sky, got suspicious of Vega’s whereabouts. So she sent a messenger to follow her who discovered that Vega was interacting with a mortal. He quickly reported back to the Lady of the Sky. She was so furious that she descended to Altair’s field, found Vega, and dragged her back home.

Altair was stunned by what he had seen. He started running to find Vega when he heard a voice calling his name. He turned around to see his bull.

“Old bull, you speak? How? Did Vega give you some of her magic?” Altair asked.

“Yes. And I know you love her. Get on my back, and we will go to the Heavens,” replied the bull.

Altair climbed on the bull’s back and they took off to the Heavens.

The Lady of the Sky noticed, so to stop them, she used her magic to turn the pathway into a river (now known as the Heavenly River or Milky Way).

Altair came to the edge of the river and shared a final look with Vega. They both started weeping, wishing there was a way they could be together. 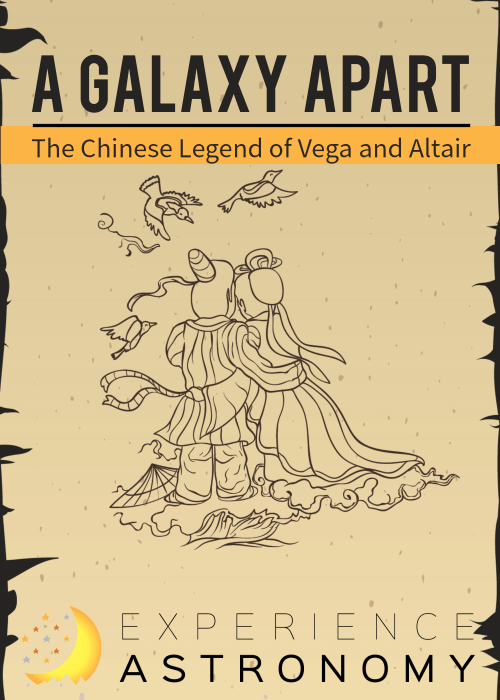 When Vega’s father, the Emperor of the Sky, saw their love, he became sympathetic. Hoping one day to fulfill this love, he created a wide bridge of magpies across the river. Now, Altair and Vega wait for the day they cross the river and are together once more.

This article was written by Angela, 13, an Experience Astronomy student from El Paso, Texas.