A Friend’s Great Sacrifice: The Ancient Myth of Cygnus 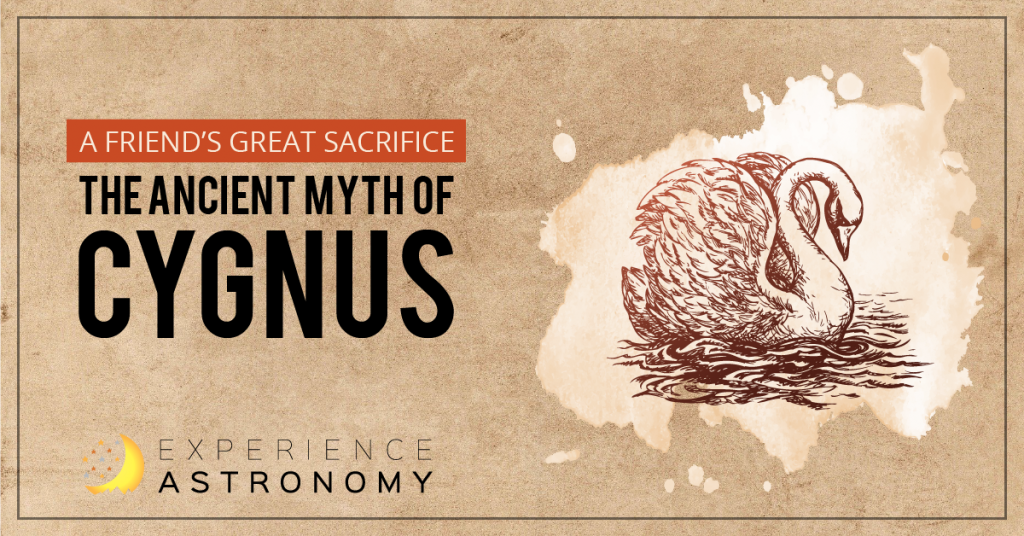 I knelt near the water’s edge, filled with horror as I gazed into the dark depths. Grief flooded me like a waterfall as I recalled everything I had abruptly lost. Then, before making a fateful decision, I cast one last glance into that dreadful lake to gaze into the lifeless eyes of my dearest friend.

Several days prior to this traumatizing event, Phaethon and I were competing in a game of discus.
“Cygnus!” Phaethon shouted to me. “Watch this!” He hurled his discus (a type of ancient frisbee) with such force it surpassed mine effortlessly.

“Congratulations, you won… again,” I retorted slightly annoyed. For I loved him dearly, but arrogance easily took hold of him. Simply because his father was Apollo, the magnificent sun god, didn’t mean he was the greatest person alive.

Phaethon laughed good-naturedly at my remark, and replied, “No need to be jealous, Cygnus. We can’t all be half-god.”

“Alright, enough. Your father’s sun chariot is drawing near the horizon, so we should return home before nightfall,” I said. And so we went.

A few days later, a friend came dashing up to my house bearing exciting news.
“You’ll never believe what I’ve learned! Phaethon went to visit Apollo in his palace to ask if he is really the god’s son. And it’s all because Epaphos, the supposed son of Zeus, challenged him on the subject,” he reported.

This was all quite shocking because, although Phaethon loved boasting about his immortal father, he had never visited him before.
When night came, I curled up in bed and drifted to sleep. However, as night shifted to morning, something strange occurred. Extreme heat began to engulf me. Awaking drenched in sweat, I rushed outside and saw everything around me in flames! Then, yanking my head upward, I noticed something incredibly unusual. Apollo’s sun chariot was hurtling towards Earth with a small figure inside. After closer examination, a frightful conclusion crept into my mind. Phaethon was inside the chariot; his father must have allowed him to drive it!

While this was occurring to me, the unthinkable happened. In order to keep Earth from sweltering destruction, Zeus flung a lightning bolt at the chariot. Time slowed to an unbearable pace as I watched my friend’s body being flung into a nearby lake.

I sprinted to the location; this was the moment my story began. “At least allow me to provide him with a proper burial!” I pleaded with the gods. However, the price to retrieve Phaethon’s body was expensive, for the gods explained that I must be transformed into a swan in order to retrieve it, but remain that way forever.

My love for Phaethon was too deep. So, agreeing to their conditions, the gods transformed me into a swan, and I retrieved his body. My white feathered wings caressed his face one last time as my small form was turned into glittering stars by the gods, who were moved by my sacrifice. 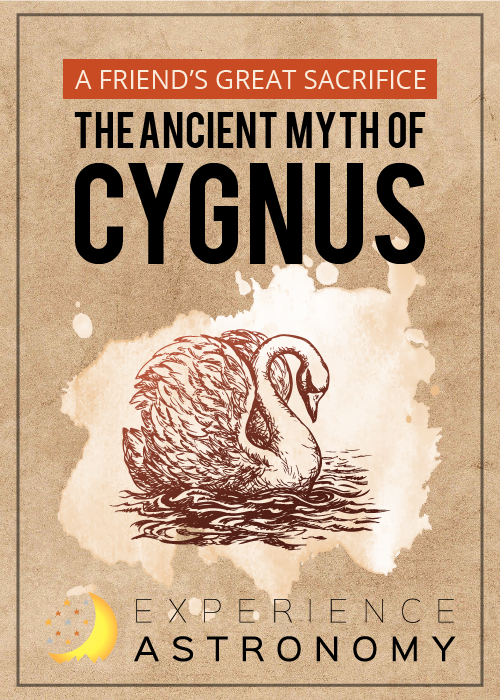 This article is by Anna E, age 16, an Experience Astronomy student from Ringgold, Georgia.