3 Types of Rocks: Differences and Examples of Each

In reality, it looks like an ordinary rock to me, but my child is excited about it, so I’m going to be excited about it! To most of us, a rock is a rock, and different types of rocks are just distinguished by size, color, or location. 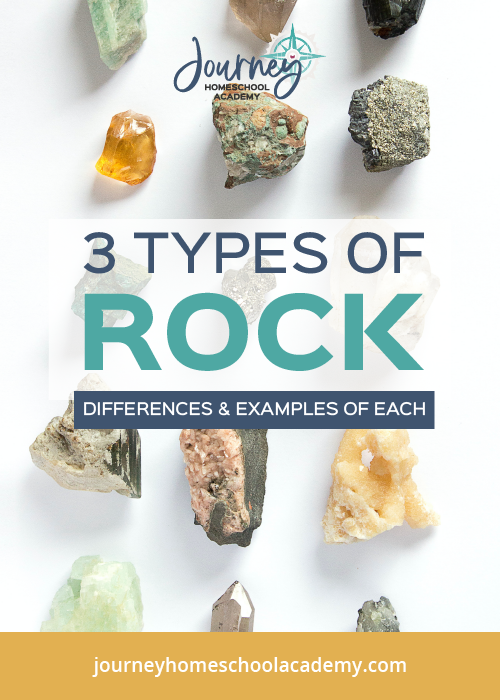 But did you know that there are actually 3 types of rocks that break down into subcategories of even more rocks? Yes, it’s true! They are igneous, sedimentary, and metamorphic. Sounds a lot more intense than that grey pebble my preschooler found, but these 3 types of rocks are a crucial part of learning about earth science and geology.

Have you ever watched videos of volcanoes erupting? The hot orange lava (called magma) shoots up into the air and then flows down the sides of the volcano into the surrounding landscape. When this magma eventually cools, igneous rock is formed!

Based on where the magma is when it cools, two subcategories of rocks are created: intrusive and extrusive rock. 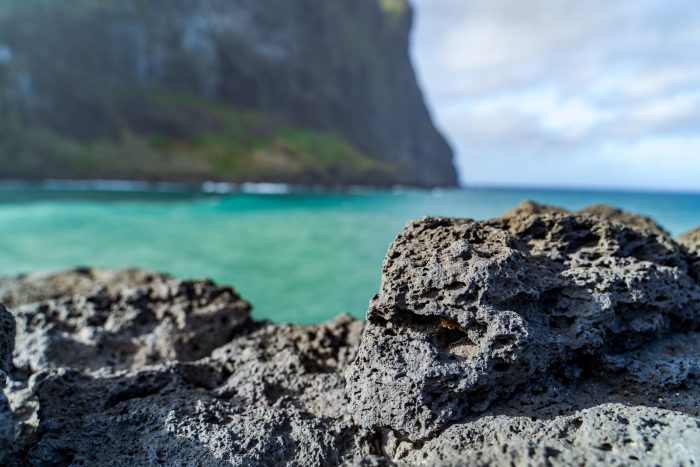 Intrusive rock has cooled very slowly because it never actually reached the “outside world.” Because it remains on the inside of the earth, cooling takes a long time, which allows for the slow development of crystals. These crystals make up what we know as granite! You might even have granite countertops in your own home—a product of igneous rock!

In contrast to intrusive rock, extrusive rock cooled quickly because it was exposed to a lot more air on the exterior of the earth. This leaves almost no time for crystals to develop, and the final “product” is called volcanic rock. It has more of a matte finish to it and often is classified as “basalt.”

Although granite and basalt are two of the most commonly talked about igneous rocks, the chemical makeup of igneous rocks can vary, and the temperature at which they cool will affect this makeup.

Other igneous rocks include: 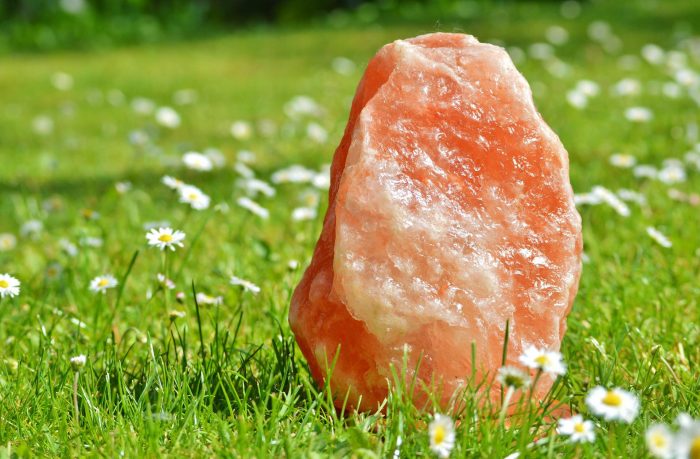 Unlike igneous rocks, sedimentary rocks do not rely on a volcanic eruption to form. This type of rock is formed on or near the earth’s surface and is a direct result of natural processes like erosion and precipitation. Rock is gradually formed from sediment that is brought together via weather changes, water, and other environmental events.

To understand this more clearly, one needs to understand just what sediment is. If you fill a bucket with water and then throw in a handful of sand or dirt, the water will appear cloudy and dirty. Leave the bucket alone for a few hours and you will come back to find that the sand has settled to the very bottom of the bucket, and the water is now clear. That sand is essentially now sediment!

Sedimentary rocks are classified into two types that are based on their origin of formation: detrital rocks and chemical rocks.

The formation of chemical rocks relies heavily on the natural biological processes of the earth, especially precipitation. When large bodies of water evaporate, mineral deposits are left behind. Over time, this buildup of minerals and leftover earth materials (sand, dirt, etc.) is compacted into sedimentary rocks.

Limestone is the most common chemical sedimentary rock, but another sedimentary rock that depends on the evaporation of water is an evaporite rock. The mineral makeup of evaporites is different, but the process for creation is still the same! 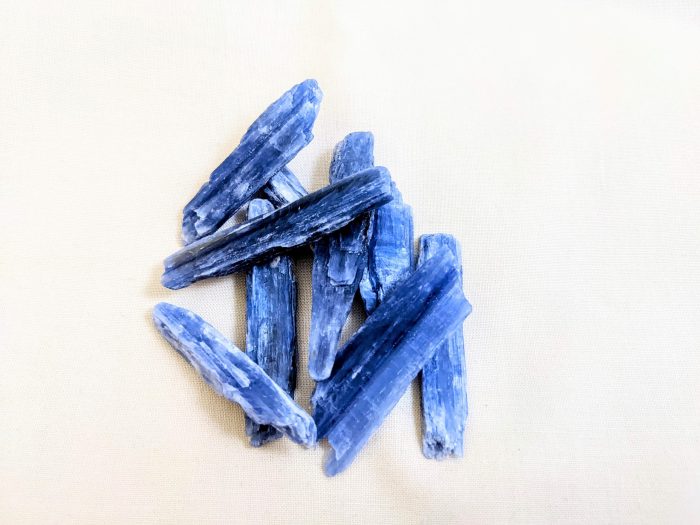 Are you familiar with the term “metamorphosis” as it relates to butterflies? Metamorphic rocks go through a similar process! They were previously in other rock classifications (igneous, sedimentary, or older metamorphic) but have since “morphed” into a much different composition!

The metamorphism of these rocks is often the result of immense pressure and/or heat. The shape, color, and chemical composition of metamorphic rocks can be completely changed through metamorphism.

Types of metamorphic rocks include:

A Note About Metamorphic and Igneous Rocks

Although intense heat and pressure can morph a rock into metamorphic form, there does come a point in time when there is so much heat that the rock melts. If this happens, the rock becomes igneous. All metamorphic change happens in a solid state, and rock cannot be classified as metamorphic in a liquid state!

Metamorphic and igneous rocks also both share the effects of volcanic activity. Contact metamorphism occurs in rocks that are close to hot magma. If the rock doesn’t fully melt (like an igneous rock), the heat will still have a metamorphic effect that results in metamorphic rock. 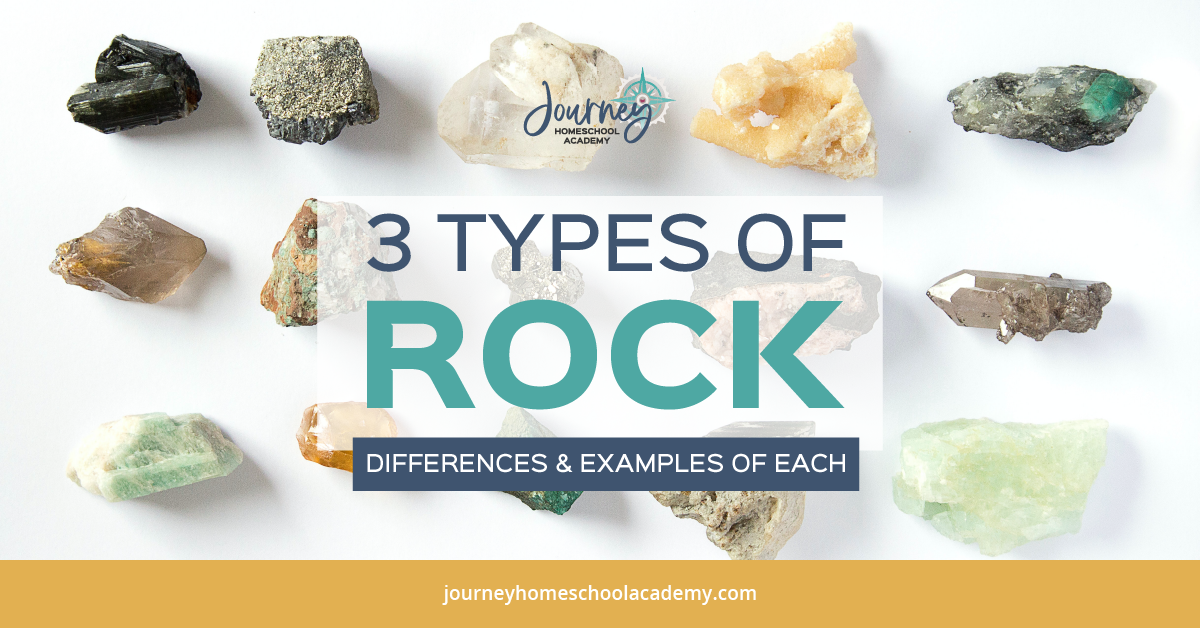 The wonders of the earth go far beyond 3 types of rocks! At Journey Homeschool Academy, we have put together a thorough yet engaging earth science and geology for ages 11-14 (middle school). Through video lessons, labs, and easy-to-follow lesson guidelines, your homeschooler will be able to learn about the earth and just how intricate our globe is. Aside from teaching about the differences between igneous, sedimentary, and metamorphic rocks, Earth Science Explored also dives into other important earth science and geology topics.

Rocks don’t have to be boring! Let’s marvel at how unique each one is!